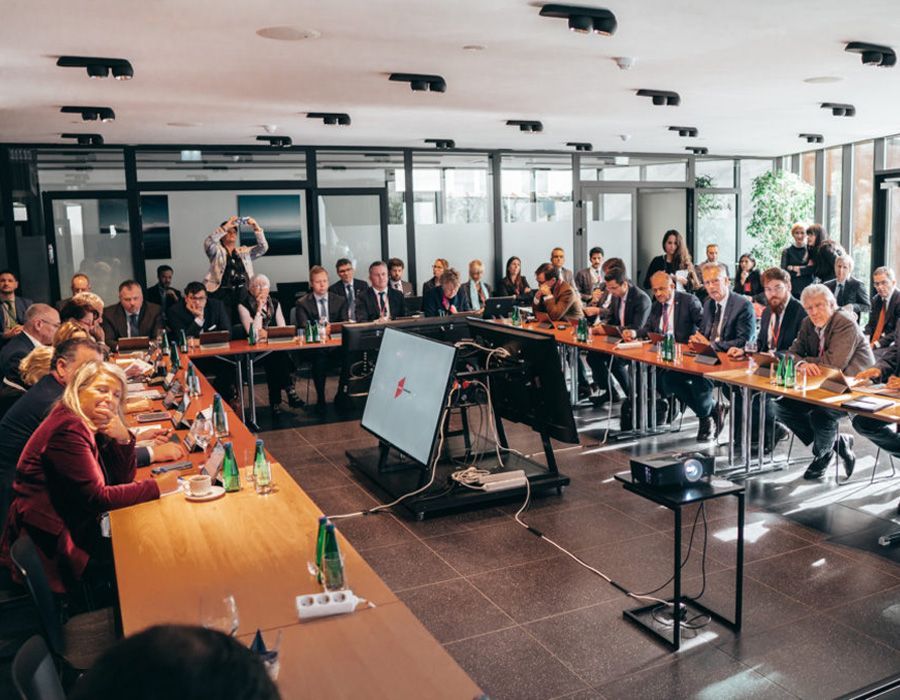 “One of the aims of Estonia’s cyber diplomacy is to increase, together with our allies and partners, the know-how on cyberspace and related threats. Cyber incidents are occurring more often and undermining stability, which is why it is particularly crucial to know how to identify these threats and give a proportional response,” Heli Tiirmaa-Klaar, the Estonian Ambassador at Large for Cyber Security said, explaining the background of the exercise.

The exercise for the NATO Parliamentary Assembly was organised by the Foreign Ministry’s Cyber Diplomacy Department in cooperation with Estonia’s permanent representations to the European Union and NATO.

The event was carried out by the Estonian company CybExer Technologies. According to Merle Maigre, Head of Governmental Relations at CybExer Technologies, it is important to provide the strategic level decision-makers with regular exercises on solving a major cyber crisis, so that they would realise that instead of becoming security engineers, seeing, understanding, and communicating the big picture, without getting lost in the small technical pieces, is key.

Matej Tonin, Chairperson of the Sub-Committee on Technology Trends and Security of the Science and Technology Committee of the NATO Parliamentary Assembly and member of the Parliament of Slovenia who participated in the exercise, shared his impressions: “Parliamentarians have deep experience in managing traditional security crises. Now that cyberspace has become a theatre of competition and conflict, we must understand how to react to cyber crises, too. This cyber exercise has been extremely useful in sharpening our minds.”

The cyber exercise was held as part of the annual Brussels meeting of the NATO Parliamentary Assembly on 17-19 February.

The NATO Parliamentary Assembly dates back to 1955, when it was founded at NATO with the aim of protecting democracy, human rights and the security of the transatlantic space. Like NATO, the assembly has 29 member states. Additionally, there are 16 associated members and eight states have the status of a parliamentary observer in all activities of the assembly. Annual sessions attended by a total of 266 voting members are held twice a year. The assembly has five committees that deal with the relevant topics of NATO member states. The headquarters of the NATO Parliamentary Assembly is located in Brussels.